Microgreens And Sprouts. Know The Difference

I remember when I started selling on a farmers market, at the time microgreens were very new in Slovenia. People didn’t actually know what they were. Most of those who thought they were familiar with them, made the assumption that they were sprouts. It was quite funny when almost every second person told me that these are sprouts.

I used to just smile and then explain the difference between them, and what microgreens were exactly. A bit of advice, if you ever think of selling microgreens some day, you should create a small leaflet, so you have something to give to your customers, something with which they can remember you later on.

So, what exactly is the difference?

The main difference is in how they are grown. Sprouts flourish in water and microgreens are commonly grown in soil or some other growing medium (peat moss, coco fibres…).

Before microgreens where ‘discovered’, sprouts had a major place in the market. People were familiar with them. But after the big reveal of microgreens to the world (in the 1990’s), when chefs were seeking for something more, something with a different look and taste, a misunderstanding of microgreens also appeared. Fortunately, you are in the right place to clarify everything.

The best way to grow the healthiest sprouts is in a ‘small kitchen germinator’ such as this, or in a sprouting kit (jar glass). This will help create a perfect growing environment. But if you do not have these and choose to grow them in water, make sure you rinse them at least twice (three times is better) and drain each crop. The growth environment should be very humid with dim light. With this process you will grow fresh sprouts right in your kitchen and have them on hand everyday.

Microgreens, on the other hand, have an advantage in that their growing medium is less subject to mould. There is more ventilation, sunlight, and less chance for bacteria to take hold. If you choose good quality soil (with compost or peat moss), you will be the luckiest person in the world since you will get much more nutritious young plants as opposed to  water grown sprouts.

Ready to harvest and taste

Harvesting refers to a stage of plant growth. Sprouts grow really quickly and can be harvested in four to six days. They don’t have time to mature into plants. They are essentially eaten as exploded seeds, they are very pale with almost no green as they didn’t have the chance to photosynthesise. Since they are water grown they aren’t able to absorb nutrients from the sun or soil leading to a very different taste to microgreens. Generally they are mild, and used in the culinary arts for their crunch.

For microgreens, harvesting comes a little later. Generally in one to three weeks, depending on the plant. After the germination phase, you need to expose them to artificial light or daylight. This is the cotyledon growth stage, when the first couple of leaves appear on the plant. The second pair of leaves that are appear are called true leaves. You can harvest your  microgreens during these two stages.

In terms of flavour, microgreens reveal depths not found in sprouts or their older siblings. For example, if you love cilantro, then micro cilantro is a must for you to grow. The taste is just so much more intense. The same is with arugola.

From 1996, sprouts have gained a ‘bad’ reputation due to several food borne illnesses associated with sprouts. You can find more information on this at Foodsafety.gov If sprouts were not grown in an appropriate environment, bacteria (including Salmonella, Listeria and E.coli) could be present on them. But not to scare you too much, there is a very easy solution – grow microgreens.

The risk of diseases is much smaller if you have really good quality soil (*link to post about soil) and if the levels of humidity and ventilation in the room that you are growing in are around normal. The kitchen with the window opened at half is suitable. Good quality seeds are also very important. This means that their germination rate is 100% or close. Mould will not occur if you follow these tips. When the seeds germinate, they produce root hairs. These can easily be confused with mould. For better clarification, see picture above.

A significant source of  protein, packed with fibre, essential nutrients (vitamins and minerals) and enzymes (important for various metabolic processes, such as digestion), sprouts are great for you. But in 2012, microgreens were researched and compared with mature vegetables in a study published in the Journal of Agricultural and Food Chemistry. The break down of the study is that microgreens consist of 4 to 40 times higher nutritional densities than their mature plants. They are abundant in vitamin C, and loaded with beta-carotene. They are also a good source for vitamin E and even vitamin K was present. You can find out more on microgreens nutritional in other post.

The best way to eat them is raw, if cooked, they will lose their nutritious value. You should give them a try right after harvesting.

Beautiful salad bowl with a pinch of microgreens and sprouts.

If you have any questions about the information cited in this post or about microgreens in general, please leave a comment below or reach out to us via email hello@reactgreens.com.

Disclaimer: Some of the products may contain an affiliate link and we may make a commission if you click on it at no additional costs to you.

Sing up for REACT GREEN and we’ll send you cool microgreens related news, recipes, discounts on products and more. We’ll never spam and you can unsubscribe any time – its FREE to subscribe!

PrevPreviousWhere To Use Microgreens? The 8 Most Inspiring Ideas
NextAre Microgreens A Good And A Profitable Business?Next 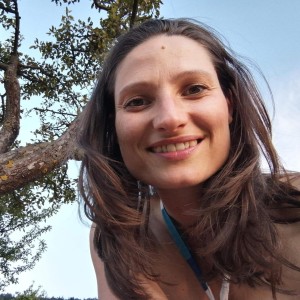 I am passionate about microgreens & sprouts. They are my whole life from 2014 and with my partner Boštjan I am running profitable business with them. Join me on our journey!

Growing Edible Flowers: Here’s How to Do It

How Do You Grow Nasturtium Microgreens? Everything You Need to Know

Microgreen Seeds vs. Regular Seeds. What Are The Differences?

One of the most underrated ingredients that you can use if you are sabja seeds or also known as basil seeds. There aren’t a lot of people who use these seeds even though they are actually very uniquely flavorful and beneficial to our health. The fact that they have inflammatory properties and healthy fatty acids make it questionable why it isn’t as popularly used as it is. That said, here are some of the best sabja seeds recipes you can use if you want a flavorful way to incorporate these seeds into your meals.

Growing Edible Flowers: Here’s How to Do It

When we are talking about vegetables, we understand that they are completely edible and are quite nutritious. But not a lot of people actually know that there are other types of plants that you can eat aside from the well-known vegetables that we consume on a regular basis. And, yes, we are talking about flowers that are completely edible. So, how do you grow edible flowers?

How Do You Grow Nasturtium Microgreens? Everything You Need to Know

You can nick the coating of the seeds before planting them (optional), and soak them in warm water for up to 4 hours. Place the nasturtium seeds in moist soil and spread them out. Water as much as needed and use a grow light. Allow the nasturtium microgreens to grow at least 2 leaves before harvesting.

Microgreen Seeds vs. Regular Seeds. What Are The Differences?

Microgreens are becoming quite popular nowadays because of how people have discovered that they are more nutritious than their seed or full-grown counterparts. That said, many people are now growing their own microgreens at home. But, when you are growing microgreens, do you have to use microgreen seeds? If so, what makes microgreen seeds different from regular seeds, in the first place?

In autumn, we can find a lot of mushrooms in the forest. If you have a passion for picking them, then now it’s the time to do so. And after a fruitful day in the forest, you can then prepare this fast and delicious mushroom ragu with all the mushrooms, that you have found, add some broccoli and mashed potatoes, and voila, lunch or dinner will be ready.

Microgreen growers use hydrogen peroxide because it’s a natural pesticide for plants. It fights diseases that attack the roots and pests that attack the foliage. It’s safer to use as a disinfectant for seeds than bleach. It also helps in boosting seed germination.

July 14, 2021
React Green is a company dedicated to microgreens and sprouts who teaches people how to build their own microgreen business and provides microgreen and sprout products in their own online store. React Green is also known for its free and valuable content via blog posts. Their Online course Microgreens MasterClass is very popular for all who want to start their own journey with microgreens.

This website uses cookies to improve your experience while you navigate through the website. Out of these cookies, the cookies that are categorized as necessary are stored on your browser as they are essential for the working of basic functionalities of the website. We also use third-party cookies that help us analyze and understand how you use this website. These cookies will be stored in your browser only with your consent. You also have the option to opt-out of these cookies. But opting out of some of these cookies may have an effect on your browsing experience.
Necessary Always Enabled
Necessary cookies are absolutely essential for the website to function properly. This category only includes cookies that ensures basic functionalities and security features of the website. These cookies do not store any personal information.
Functional
Functional cookies help to perform certain functionalities like sharing the content of the website on social media platforms, collect feedbacks, and other third-party features.
Performance
Performance cookies are used to understand and analyze the key performance indexes of the website which helps in delivering a better user experience for the visitors.
Analytics
Analytical cookies are used to understand how visitors interact with the website. These cookies help provide information on metrics the number of visitors, bounce rate, traffic source, etc.
Advertisement
Advertisement cookies are used to provide visitors with relevant ads and marketing campaigns. These cookies track visitors across websites and collect information to provide customized ads.
Others
Other uncategorized cookies are those that are being analyzed and have not been classified into a category as yet.
SAVE & ACCEPT
Powered by

Please fill the details below and you can then download free e-book. You’ll be automatically added to our exciting weekly email letter. Thank you and enjoy in reading!