Quinoa microgreens: What Are They and How to Grow Them?

Quinoa microgreens are the microgreen versions of the plant that grow out of quinoa seeds. They contain the same nutritional profile as quinoa but have the added vitamins and minerals that come from the greens of the microgreens. And they are quite easy to grow as you grow them similarly to other microgreens.

When it comes to health, you can never go wrong with quinoa microgreens as they come with the same benefits as the superfood quinoa but with more vitamins and minerals. But let us try to get to know more about quinoa microgreens and how you can grow them so that you can take advantage of these superfoods by growing them in the comforts of your own home.

What are quinoa microgreens?

You have probably heard about quinoa, right? These are some of the most popular superfoods on the planet as even the United Nations declared 2013 as the year of quinoa. In that sense quinoa is actually one of the most popular foods that people add to their diet for a more complete nutritional profile.

On top of that, quinoa actually tastes so good and may even be tastier than rice and other carb-heavy foods. That’s why quinoa is quickly becoming one of the best “grains” to substitute for the common grains that we eat such as rice. 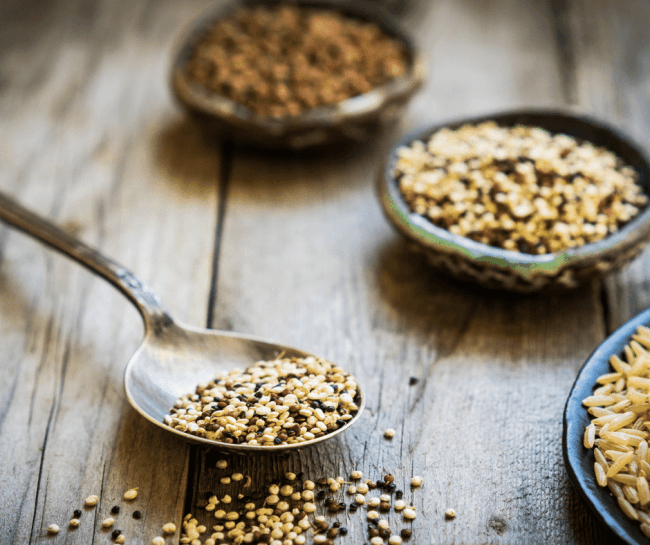 Microgreens are usually mistaken as sprouts but they are actually a bit older than sprouts but not exactly old enough to be called old full-grown plants. Quinoa sprouts are the ones where the germinated seeds start to form stems whereas the quinoa microgreens actually have green leaves that have already started to grow.

The reason why you have to wait until the quinoa sprouts have begun growing their leaves is that microgreens are the most nutritious and tastiest stage of the plant’s life cycle as quinoa tends to be at its best when it has reached the microgreen stage.

Speaking of how healthy and nutritious quinoa microgreens are, let us look at the nutrition of these plants and the benefits that come with adding them to your regular diet.

Quinoa, as mentioned, is often lauded as one of the best superfoods in the world because of how complete of a food source it is. This grain, which is actually a seed, contains all of the essential amino acids while also providing a good dose of whole-grain carbs and healthy protein without the gluten that comes with most carb sources. Here is the basic nutrition profile of the quinoa seed according to Healthline:

As you can see, quinoa is rich in a lot of different macronutrients but is relatively lower in calories compared to other grains. And the best part is that, compared to rice and other whole-grain foods, it is far more superior in terms of its protein and fiber content and is actually very low on fat and sugar. This makes quinoa a superfood on top of all of the other vitamins and minerals that come with it.

Here are the vitamins and minerals that you can find in quinoa according to Healthline: 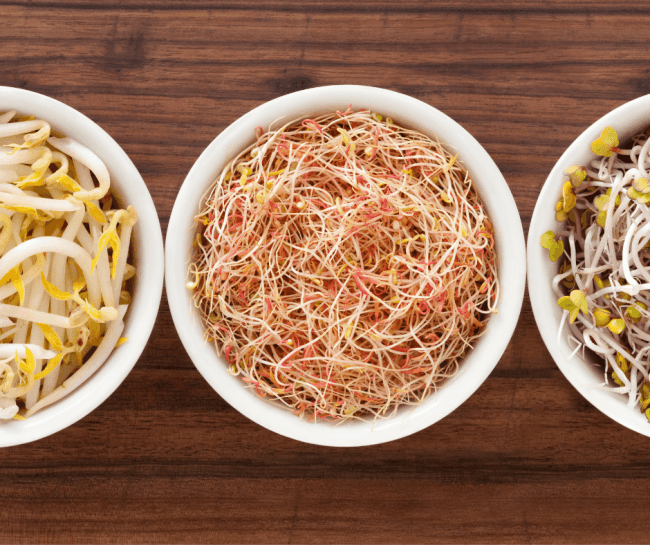 Here are the many nutritional benefits that you can get when you eat quinoa microgreens:

Gluten-free and relatively low in sugar

It is during the microgreen stage that quinoa is at its best in terms of its protein profile as it becomes an even more complete source of vegan protein. Quinoa microgreens contain all of the essential amino acids that our muscles need. This makes them a good addition to a vegan diet or to any fitness enthusiast’s regular diet as the protein helps muscle growth while the amino acids aid in muscle repair. The amino acids found in quinoa microgreens also help improve your hair and skin.

Another good reason why quinoa microgreens are good for weight loss is that they are low in fat. What more is there to say about this benefit? And the best part is that quinoa fat is mainly composed of palmitic acid, oleic acid, and linoleic acid, which are comparatively healthier fats compared to animal fats.

Great for your bones

Quinoa microgreens are rich in magnesium, which is great for your overall bone health while also aiding in your metabolism. Having enough magnesium allows your bones to stay strong while helping you stave off the early symptoms of osteoporosis.

Aids in your overall heart health

One of the minerals that you can find in quinoa microgreens that are missing in quinoa seeds is potassium, which can only be found in abundance in leafy foods. Potassium is great at aiding your overall heart health because it helps lower your blood pressure while decreasing your chances of retaining water as well.

Good at helping you prevent diseases

In general, thanks to the amazing profile of vitamins and minerals found in quinoa microgreens as well as its complete macronutrient profile, it can be helpful at preventing diseases caused by a poor diet and a deficiency in some of the vitamins and minerals your body needs to function at its peak. That’s why quinoa has always been regarded as one of the top superfoods in the world. 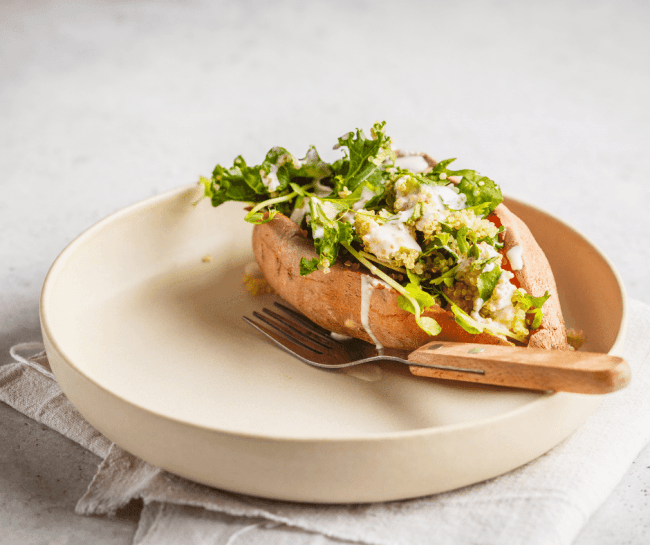 How to grow quinoa microgreens?

Now that you know how beneficial quinoa microgreens are, here is how you can grow your own batch at home:

4. Mist seeds quite heavily (soil has to remain moist) on a daily basis or as needed. And make sure you have a covered tray with some lid on the top or with the tray without holes, to keep the moisture in the tray. Keep them under a tray for as long as they grow up to 2-3 cm (0.78 -1.18’’) and then uncover the upper tray and expose them to the light source. Then start watering them from the bottom.

5. Once the leaves reach about 5 cm (2 inches) in height, it is now time to harvest your very own quinoa microgreens. This will be at around 14 days of growth. Make sure that you harvest them by cutting off the stem together with the leaves and not by uprooting the entire plant with the roots. Also, harvest the quinoa microgreens as soon as possible because the stress of not being able to get a lot of nutrients may cause the plant to die out soon.

If you have any questions about the information cited in this post or about microgreens in general, please leave a comment below or reach out to us via email hello@reactgreens.com.

Disclaimer: Some of the products may contain an affiliate link and we may make a commission if you click on it at no additional costs to you.

Sing up for REACT GREEN and we’ll send you cool microgreens related news, recipes, discounts on products and more. We’ll never spam and you can unsubscribe any time – its FREE to subscribe! 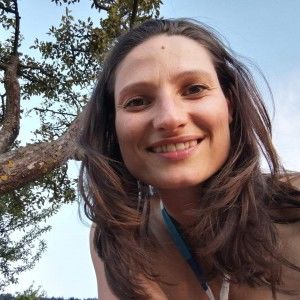 I am passionate about microgreens & sprouts. They are my whole life from 2014 and with my partner Boštjan I am running profitable business with them. Join me on our journey!

How to Increase Sulforaphane in Broccoli Sprouts

Can You Use Bird Seed for Microgreens? Here’s How To Do It!

Microgreen growers use hydrogen peroxide because it’s a natural pesticide for plants. It fights diseases that attack the roots and pests that attack the foliage. It’s safer to use as a disinfectant for seeds than bleach. It also helps in boosting seed germination.

How to Increase Sulforaphane in Broccoli Sprouts

Fast and delicious dessert that is very simple and made in less than 15min. This dessert willserve you when you are in a hurry or

Can You Use Bird Seed for Microgreens? Here’s How To Do It!

Birdseed can be used for microgreens. This, however, is not recommended because of several reasons. Birdseed can at times have additives that are not safe for human consumption. Also, some may contain chemicals or fungicides. The germination rate may also be slow too. Unlike regular food-safe seeds, bird seeds are not tested for pathogens.

Can You Eat Lentil Microgreens? 13 Reasons Why You Should

You can eat lentil microgreens. Not only are they delicious and tasty, but they are also rich in vitamins, minerals, and fiber. They are easy to digest, are low in calories, and cheap to grow. They also have numerous health benefits.

How Do You Know When Sprouts Are Ready To Eat?

Sprouts are young shoots from germinated seeds of vegetables, grains, and beans. A lot of seeds can be sprouted for eating and they have become popular all around the world. Sprouting is a relatively easy job and doesn’t require that much and this in part has led to a lot of people taking this up. One thing, however, that is usually on their minds is when are they ready to eat? If you are one such person then we have just the answer for you.

February 8, 2021
React Green is a company dedicated to microgreens and sprouts who teaches people how to build their own microgreen business and provides microgreen and sprout products in their own online store. React Green is also known for its free and valuable content via blog posts. Their Online course Microgreens MasterClass is very popular for all who want to start their own journey with microgreens.

Performance cookies are used to understand and analyze the key performance indexes of the website which helps in delivering a better user experience for the visitors.

Analytical cookies are used to understand how visitors interact with the website. These cookies help provide information on metrics the number of visitors, bounce rate, traffic source, etc.

Advertisement cookies are used to provide visitors with relevant ads and marketing campaigns. These cookies track visitors across websites and collect information to provide customized ads.

Other uncategorized cookies are those that are being analyzed and have not been classified into a category as yet.

SAVE & ACCEPT
Powered by

Please fill the details below and you can then download free e-book. You’ll be automatically added to our exciting weekly email letter. Thank you and enjoy in reading!